Four Peaks Brewing Co. introduced a light version of their flagship brew, Kilt Lifter, called Gilt Lifter. This light beer is brewed to retain the flavor that craft beer enthusiasts crave while competing with other low calorie beers on the market.

Building the foundation – Gilt Lifter is modeled after its successful bigger brother Kilt Lifter, so Modly strategized based on research and drew inspiration from the specific characteristics that have proven to resonate with Four Peaks’ target market. 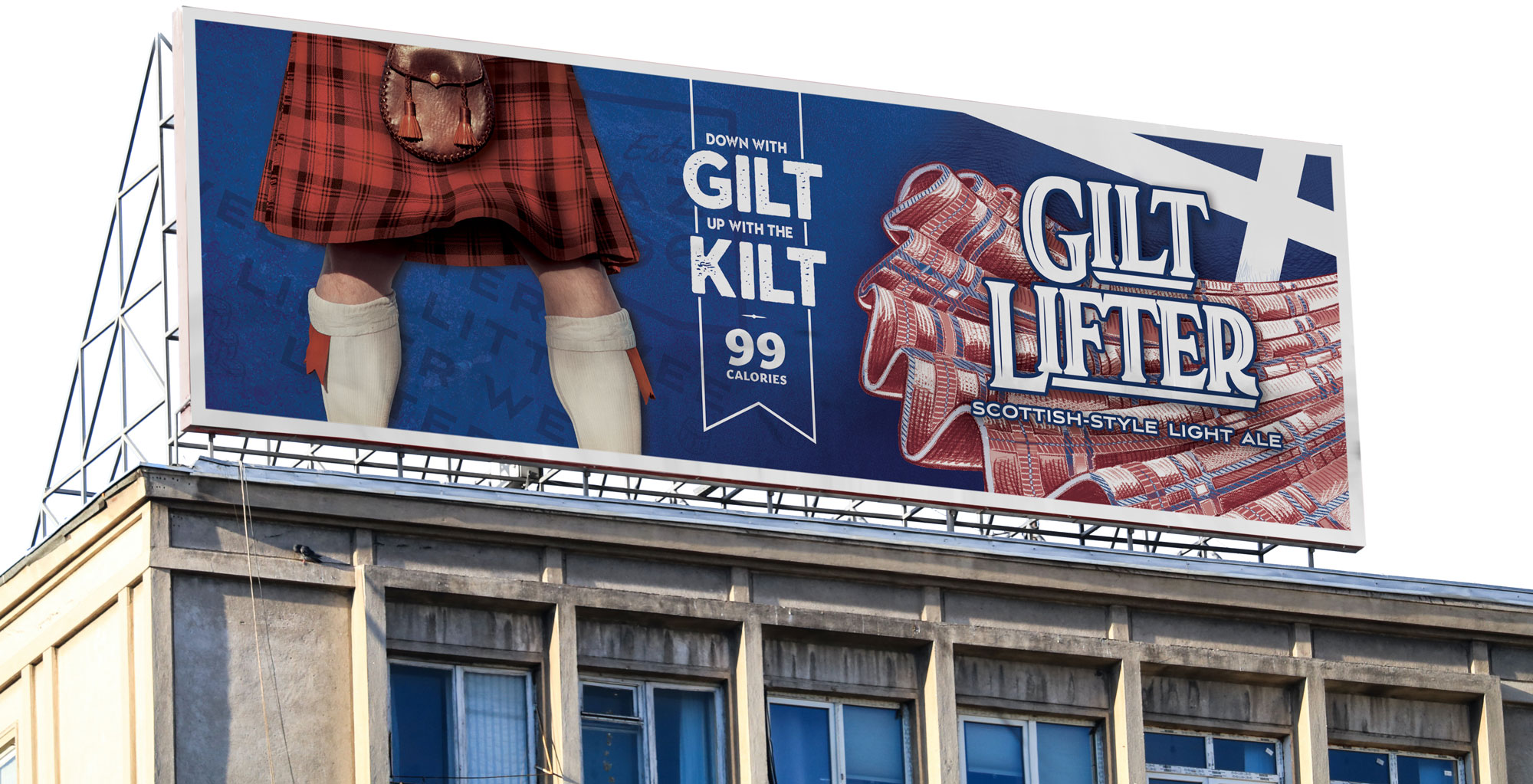 A Lighter Kilt is Easier to Lift

The name Kilt Lifter tells a story that seems to tell, and sell, itself. Likewise, the name Gilt Lifter targets a different group that is looking for this same story. Our goal was to add a spin to the Kilt Lifter story in a way that emphasizes the same fun and boldness of Kilt Lifter but in only 99 calories. 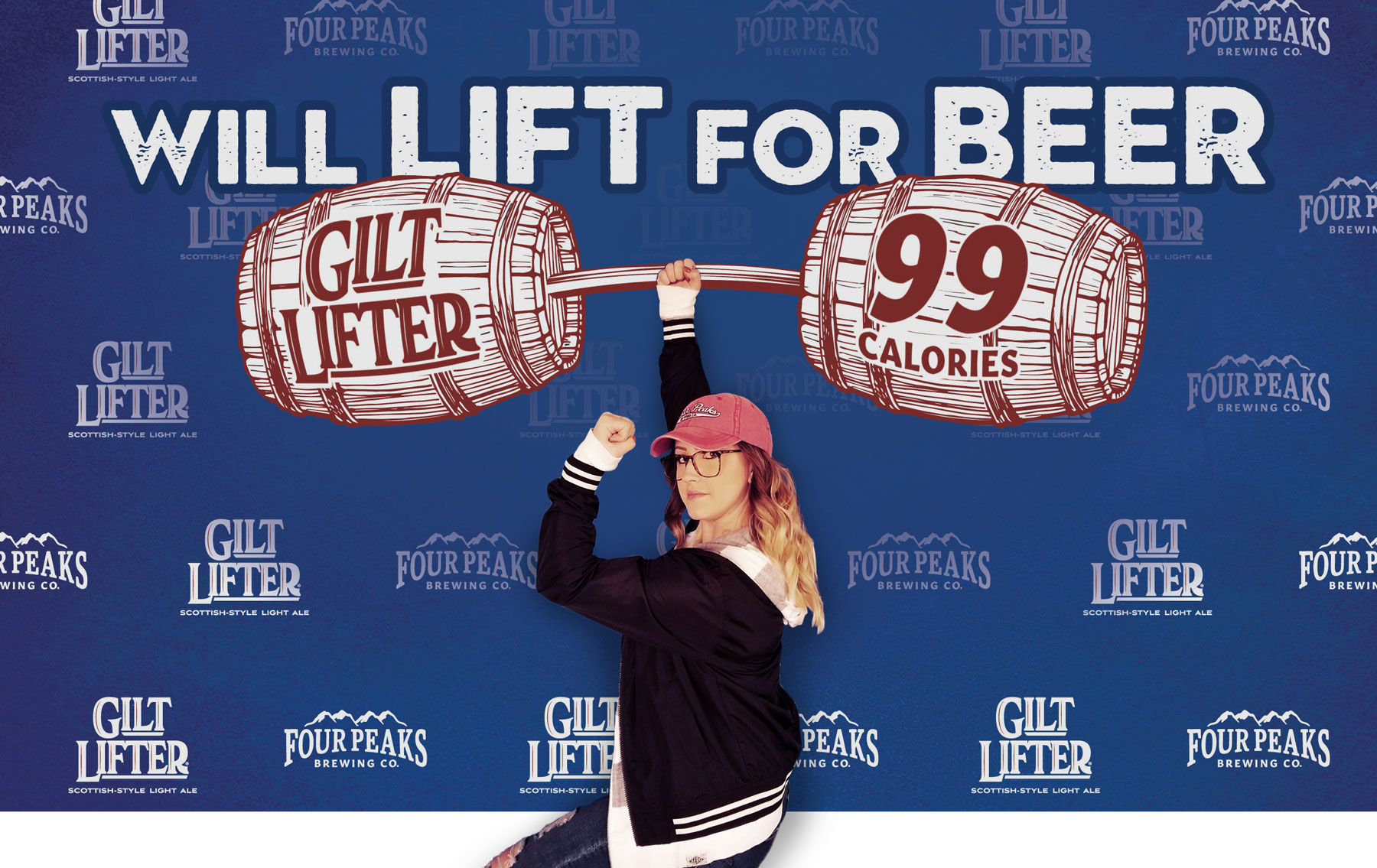 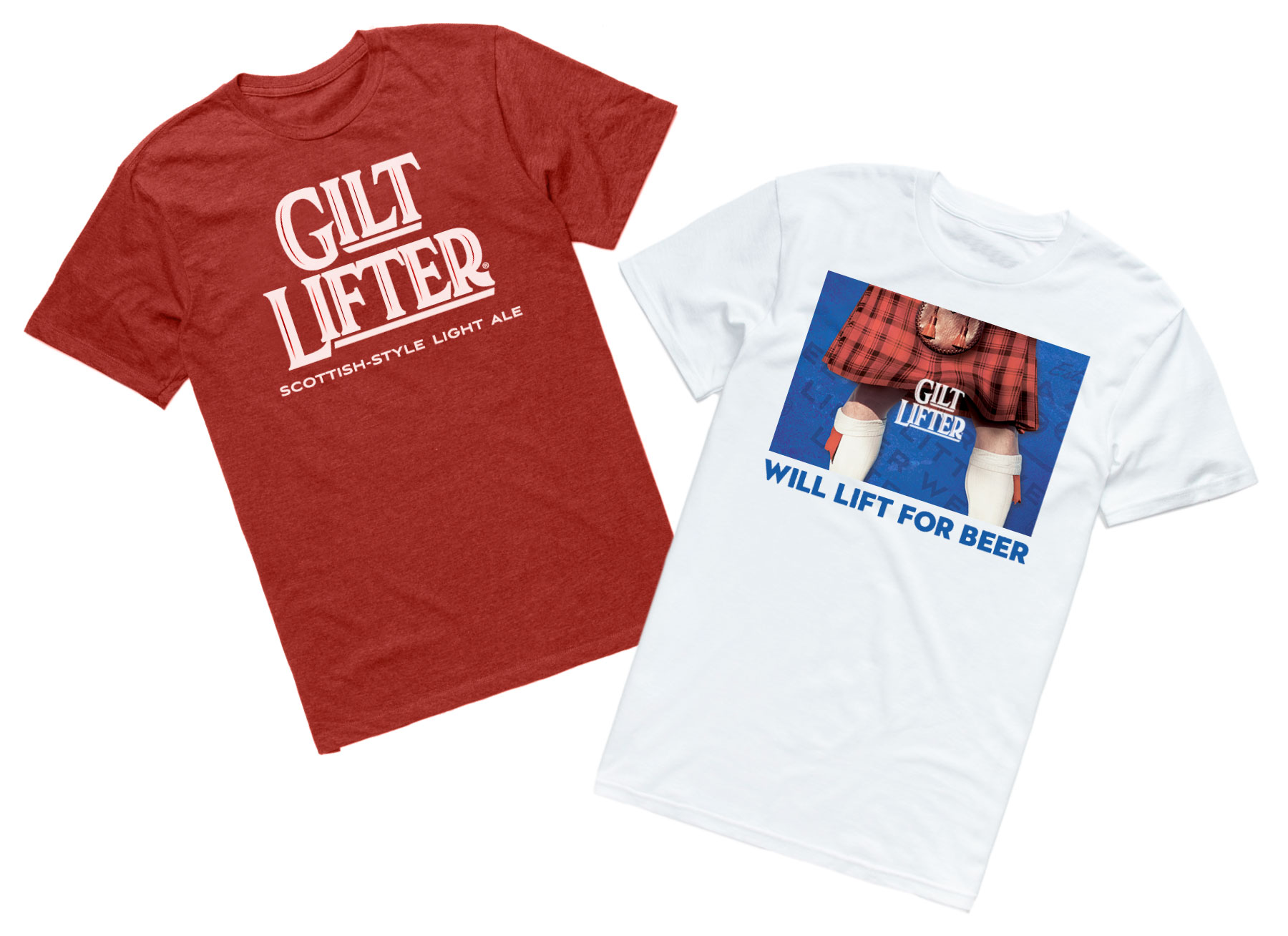 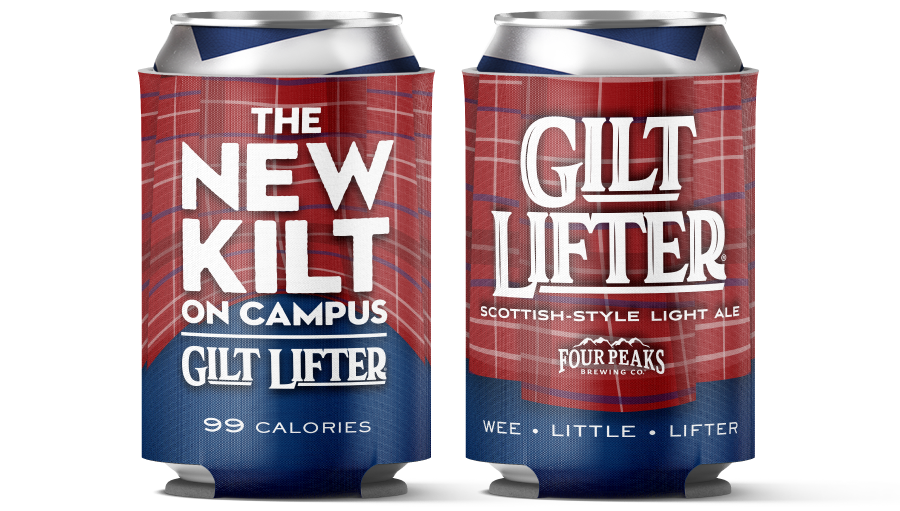 Down with Gilt, up with the Kilt

Modly incorporated the nostalgia and hometown pride of the beloved Kilt Lifter, emphasizing the same great taste without the calories. 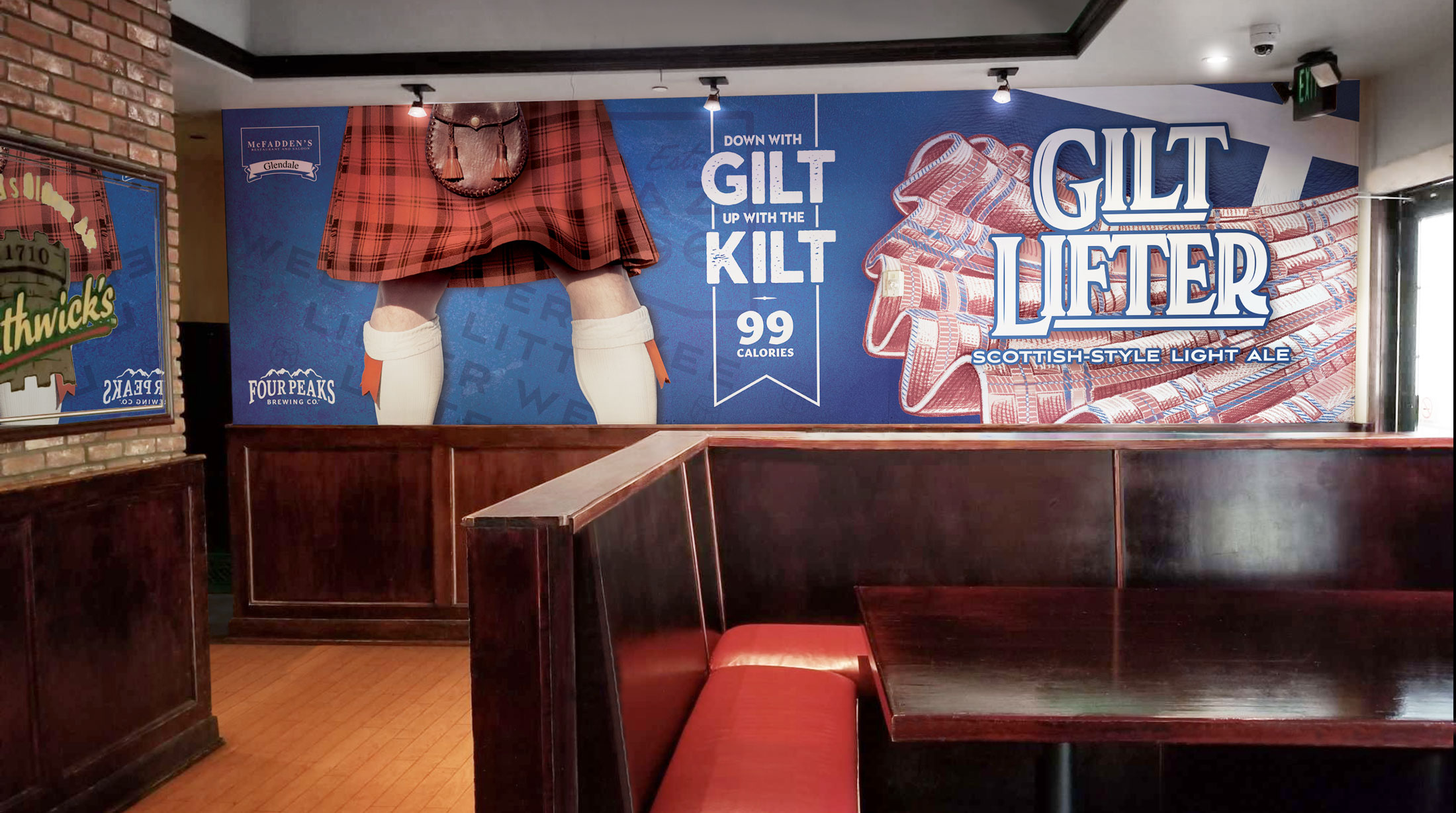 Modly is a remote branding and design studio based in Phoenix, Arizona and Los Angeles, California.